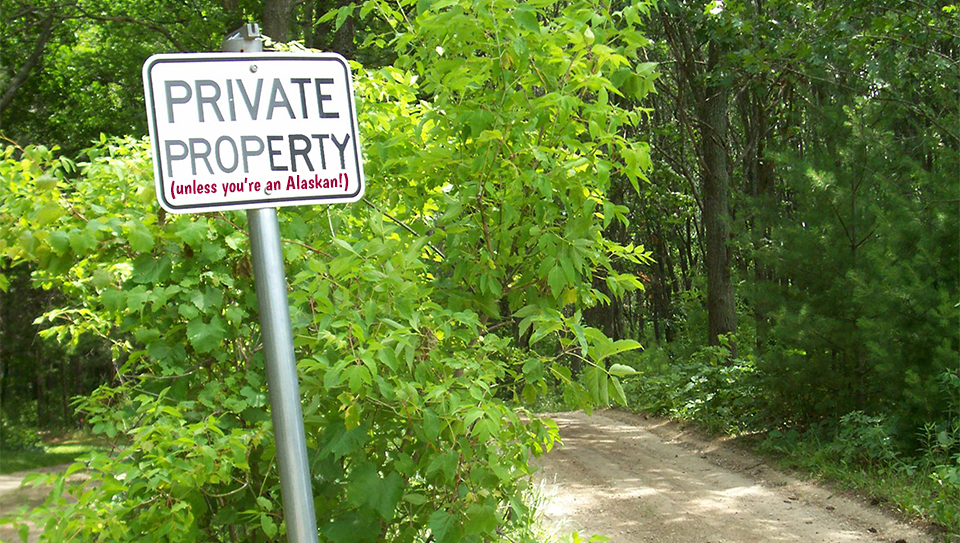 The proposed $1600 PFD is a disaster, but not for the reason you may think. Yes, it is too small, far too small, but the real problem: The Legislature is essentially re-defining the constitutional intent for the permanent fund by presuming they are free to appropriate earnings from investment of the restricted Permanent fund. The legislation setting the PFD at $1600 over-rides long-standing, pre-Walker, law that would have set the PFD much higher. It violates Alaskan’s property rights. This law change approves what has never happened in Alaska before – it sets a new precedence: it uses PF earnings to help balance the budget! Ironically, Alaskans are being duped by big government strategists who are betting you will accept the “higher” PFD amount as a compromise and maybe even consider it “generous” (as if they have the right to be generous with you – with your money). Passively accepting this law change “gives” you a meager increase over last year in exchange for your accepting this new precedence of government access to billions of dollars intended to have been put out of reach of the budgetary circus that happens every year in Juneau. Some have invented legal opinions to deny this PF spending restriction, but until now, the legislature has ignored them and stood true. By their past actions they preserved PF earnings to be available for PFDs as returns on citizens’ huge investments of their natural resources. With this new precedence, however, prepare yourself to now have to lobby (beg) each budget year for a bigger PFD!

It has been argued by well-meaning and respected Alaskans that half of the PF earnings have always been available for government use when it becomes necessary to balance the budget, and the legislature did not take it. This is technically true only because not even one government dollar can be spent, for any reason (including PFDs), without legislative authorization. However, it is a specious argument to declare because the legislature has the sole responsibility/authority to authorize spending, it also has the right to spend constitutionally restricted money to pay for government! Past legislators have always “spent” surplus returns (the 50%) by folding it back into the principle to enhance further growth of the earnings account. Some past legislators, including myself, believe the PF earnings are intended to pay dividends to Alaskan’s, for the use as your personal property – NOT to fund government! The legislature has been given something similar to “trust management” responsibility to dole out returns from responsible investment. I believe the Legislators were doing well, but now it seems the successful manipulation of public opinion has put well-meaning legislators in a box. Just because the legislature is the only branch of government with the authority to appropriate funds, including PFDs and reinvestment of surpluses, does not mean they can simply now ignore constitutional and historic legislative intent!

It as has been demonstrated in all of Alaska’s history, the Juneau lobbying power/ability to increase government spending is staggering. An Alaskan governor has more power under our constitution than any other governor in the US. Add to that the geographical separation of government from the population and there is little hope for your savings account! No wonder the Governor eagerly supports the $1600 dividend proposal!

The majority of well-meaning legislators want to do what they are elected to do (balance the budget to pay for state services without draconian cuts) and do not want to be un-elected. However, they are now being forced by manipulated public opinion to accept a move that for the first time, re-defines the PFD earnings to be nothing more than potential government revenue. When this budget is signed into law, Alaskans will have been made into “welfare recipients” who must lobby for their share from the public trough instead of dignified owners of dividends from their “trust fund”. This infuriates me and should you! Based on the lack of outrage, most Alaskans evidently view the government as a benevolent provider instead of a protector of inherent rights – a tragedy!

As I have been shouting for years, the laws determining the amount of the PFD SHOULD be amended to INCREASE the PFD, which would reduce the earnings reserves to a lower, sustainable amount.  Also, taxes and budget crises are separate issues! If we truly need more tax revenue to balance the budget, then the legislature must pass tax laws, not simply take pre-tax dollars reserved by our constitution. Without the natural pressure against tax laws, there is much less pressure to maintain a rational size government. As we have clearly observed, it grows! We lose big time when we get this $1600 token!