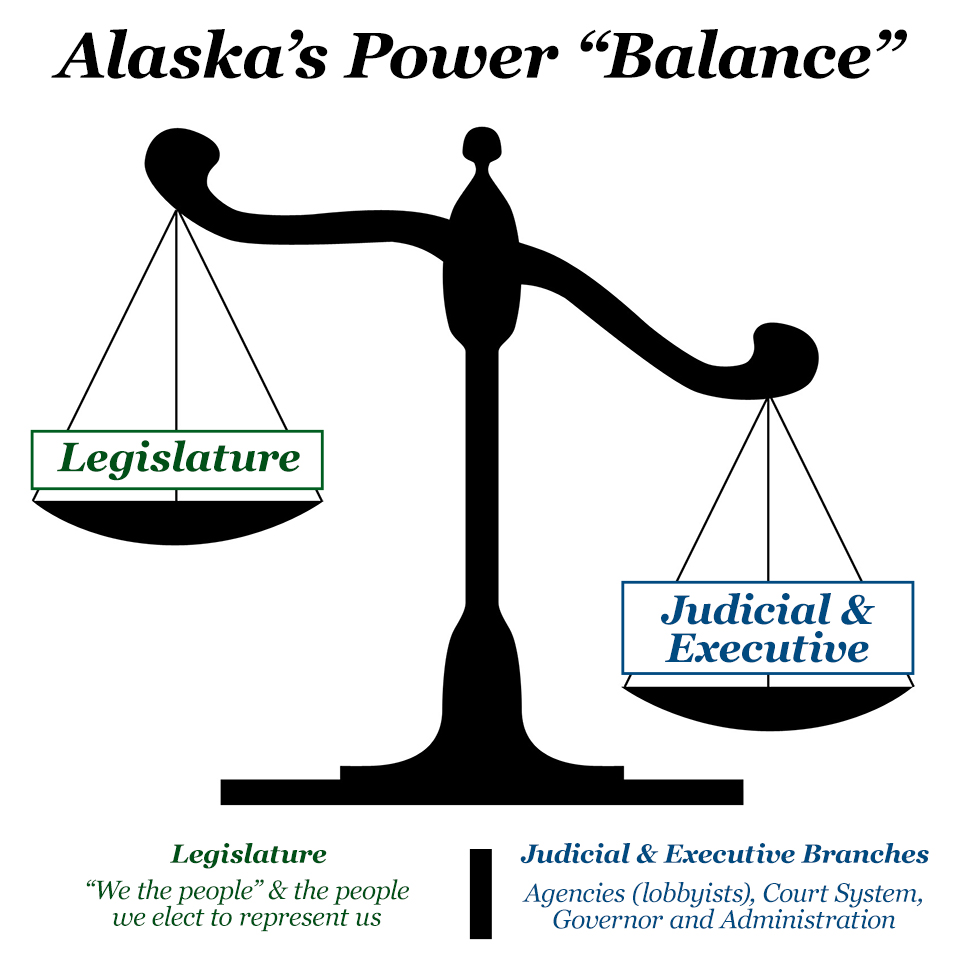 Being an Alaska Legislator can be a cruel joke.

Legislative service can indeed be a “cruel joke” because the job description of an Alaska legislator is almost universally misunderstood by candidates, legislators, and voters! We all tend to engage in Alaska’s government presuming the roles, definitions, and perspectives used by our founders. However, the Alaska constitution and subsequent legislation have tweaked some the basic guiding principles. Most seasoned legislators know this, but they seldom explain because there is no easy fix once you are over the shock of winning and adjusting to your new responsibilities… – and, after having sworn to uphold the constitution.

As in all State governments, legislators get sworn in and then must accept or alter their legislative role depending on their party affiliation and ability to influence other legislators. Some newbies anticipate an idyllic consensus on committee chairmanship selection – based on resumes and mutual consensus. In reality, the process is similar to grade school “captains” picking their teams… some are inevitably picked last, and some get assigned meaningless jobs where they will do the least “harm”. Defining and accepting your particular legislative role is a “catch 22” situation with limited and painful options. You must either try to use/expand your authority and influence to make incremental improvements for your constituents, or you can risk time and energy in an attempt to put yourself and friends in control. The latter, if over-played, is political suicide and has the potential of installing the wrong legislators into “senior” positions. Every legislator must find the balance between fighting for influence and fighting for constituents. Incumbents are predictably alert for attempted coups and motivated to squelch them with vigor! …Such is standard fare of achieving a messy consensus in a democratic republic… so far, nothing profound compared to other states.

There are, however, sobering factors very unique to Alaska.

The legislative role is rarely, or maybe never, what is expected by incoming legislative newbies! The Alaskan Legislative identity (and therefore the legislative process) has become obscure to voters. Admittedly, part of the ambiguity is because too many Alaskans are seemingly satisfied with the crumbs from big government spending. Until voters demand spending restraint, the legislative role will indeed be a cruel joke…