You are here: Home / Blog / Injustice in Alaska 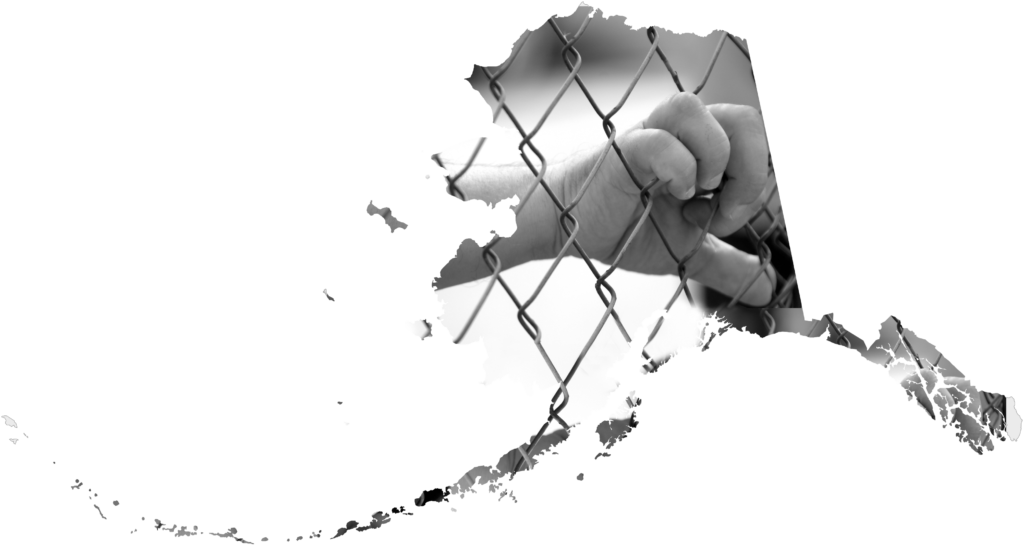 “Justice” is meaningless without a good standard (law) and an impartial judicial branch. Alaska has problems on both fronts! We don’t see the cruel tyranny we might see in other forms of government, but we simply cannot rely on Alaska government to deliver justice when there is a problem between government and individual Alaskans! We have evolved into a situation where our constitutionally guaranteed rights are secondary to the State’s selfish preferences. Justice in these cases is the exception, not the rule!

This very serious allegation is not made lightly. My view embarrasses and offends friends and respected past colleagues… some of whom are highly educated professionals who work for the judicial and administrative branches of Alaskan government. Some may agree, or partially agree, but are predictably unmoved. The chronic injustice problem is like a slow, but deadly, cancer. We are so accustomed to it we accept it as ‘normal’ in the inherent nature of Alaska. Sincere legislators eventually come to understand the problem, and eventually see that the legislative branch has been marginalized to prevent correcting it. The only ‘treatment’ is hard-fought incremental legislative change that can only make a difference if a majority could be found favoring the rights of the governed over the rights of government! A solution is increasingly unlikely because of the steadily increasing ‘conflict of interest’ influencing Alaskan voters. Too many have their head in the public trough and prosper in proportion to State spending. Again, Alaskans often suffer gross injustice because their rights are increasingly getting lost in a maze of red tape and bureaucracy! This is wrong and will ultimately destroy us if we don’t fix the overspending that feeds it!

About the only recourse for an Alaskan wronged by the Alaskan government is to force a way. Pushing his/her way up the bureaucratic chain of command among state employees to find the boss’s, boss’s, boss… convince them they have been wronged, and then, convince them to pull strings or bend policy/rules to deliver justice. Even if the ‘red face test’ brings about a solution, the underlying regulation causing the injustice typically stays in place to trap the next victim. Lower echelons of bureaucrats simply cannot dole out meaningful justice because they are expected to ‘ride for the brand’ and follow the regulations – not to bend them! There is no guarantee of justice even after spending a huge amount of time, money, and effort – even if it ends in court! Most fail. Pragmatically, it is often better to accept the abuse and to cut the losses. Frankly, it is easier to suffer an injustice rather than fight for our rights.

Because finding a sympathetic bureaucrat with sufficient authority is so difficult (nearly impossible sometimes), legislators are regularly called on by their constituents to fight for his or her rights. The legislature ‘signs’ the checks to fund Alaska’s government, so administrative agencies (including the court system) are typically eager to help find “work-arounds” to avoid the risk of a fight. When a “work around” is found, the injustice tends to be “forgotten” with little or no media or public awareness.

MOST of our laws are “administrative code” (regulations) recorded in a separate set of books from the Legislated law (statutes). These regulations are NOT made under the intense public scrutiny imposed in the spotlighted legislative process. They are created by the executive branch using a very complex and tedious-to-monitor process, which is nearly impossible to reform. They are often loosely tied to authorizing legislated statutes in spite of nominal rules to keep them aligned.  The courts have predictably elevated the authority of the administrative law to be essentially equal to legislated law [Consider this accusation in context of the “State v. A.L.I.V.E. Voluntary”, 1980]. I served for several years as Chair of the “Joint Regulation Review Committee” and learned the hard way that the legislature is nearly powerless to “fix” offending regulations. Alaska Regulations are almost never retracted!

Then, our court system ‘doubles down’ on injustice by “legislating from the bench”. This is a harsh, brash evaluation of the court system, which is not directed at any particular judge or other person. “Creative” decisions have been generated using doctrines of law not fully defined, or time-tested in ancient courts. I believe Alaskan culture has been profoundly impacted because of applications and interpretations of AK court cases based on ‘modernized’ philosophies and definitions of the “right of privacy” (for example). The legislature was constitutionally tasked with defining the “right to privacy”, but instead court decisions did the defining. Another example I learned the hard way, is the interpretation of the Court’s ruling on “direct” verses “indirect” related to the Blaine amendment. In this case, Alaska’s Supreme Court seems completely defiant of other state courts, and even the US Supreme Court. Even if my biases prevent me objectivity and the case was technically “just” in the narrow scope of the decision [Sheldon Jackson College v. State, 1979], subsequent legal opinions have clearly broadened the application to successfully advocate for what has been ruled as “unjust” in other states (suppression of parental choice in education of their children).

I have listened to hundreds of pleas from Alaskans for help getting justice in a wide scope of issues, and was only able to help few. Most of my efforts resulted in no lasting justice reform. Many times, the only options for an Alaskan wronged by Alaska government is to turn to a sympathetic legislator or go to the overworked Legislative Ombudsman’s Office. Even then, the odds of getting justice are slim-to-none!

Case in point, I have written much to try to stop this particular injustice: The confiscation of money intended for allocation for personal property (PFD— real personal property)! Based on the Constitution, a small percentage of income from Alaska natural resources was segregated and reserved for anything but feeding and growing government, also known as the Permanent Fund (or PF). The restriction on the PF, and by inference the returns on its investment, was to keep the money from being spent in the perennial budget fight for agency revenue.

The current executive branch: the same branch writing the administrative code and directly appointing the lead attorney of the judicial branch (The Attorney General) is determined to force legislative access to the PF earnings to spend for government. Unfortunately, too many Alaskans have become important and prosperous because of state over-spending, and have elected legislators who do not believe in limited government. If a legislative majority authorizes the use of the PF earnings, the greatest injustice yet will have been committed in Alaska history, they haven’t quite done it yet. They have only reduced the PFD amount, leaving the money to further bloat the earnings reserve account. They seem poised to step over the line! If Alaskans do not make this a litmus test in the voting booth before the legislature actually takes the money, it will be too late! As I have predicted before, the courts will not prevent this injustice! They are state agencies sharing the same conflict of interests with all bureaucrats.

These examples, taken together, lead me to conclude our Constitutional skewed balance of power to create a strong administrative government, coupled with having a geographically isolated legislative process, has led us into a grave situation: a serious reduction of citizen influence and abuse of fundamental rights.