You are here: Home / Blog / Crypto-words 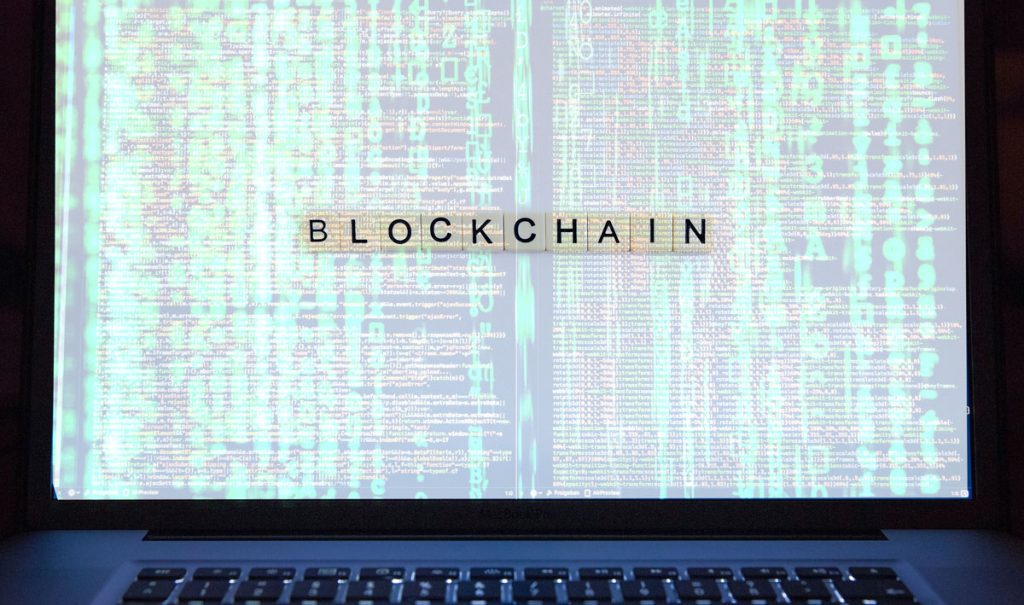 “Unsay” can really only mean “say more”! It’s an official and impossible word in Webster’s! We cannot retract words spoken! Words spoken do their job! We can only say more words to “double-down” on what has been said or to deny, “eat crow”, or humbly apologize. We are too often quick and careless with our words. It’s wise to analyze the power of the tongue and to wield words appropriately, keeping them honest, kind, wise, apt, and few.

Freedom of Speech is arguably the ‘lowest common denominator’ of all inherent human rights! It’s “where the rubber meets the road” to confirm all men are created equal. “Speech” inevitably exposes every human being to being known/judged by others. Consider the scope of the commonly known introduction to the Gospel of John; “In the beginning was the WORD (“logos”). The Word was with God, and the Word was God”! This couldn’t be more profound! It’s stunning to contemplate how speech is part of the very definition of the beginning of all things and is associated with the very nature of man and God. Speaking and listening are foundational to all relationships. Unleashing the tongue, whether for good or bad, is an awesome power.

It’s reprehensible to not listen to fellow-humans. Even worse, it’s downright evil to use power and influence to intentionally prevent speech, which is censorship! It’s arrogant to not listen, but a far greater insult to disdainfully use force to shut someone up. This is why it’s so shocking to see the blatant censorship of the big-tech online platforms unveiled. They show no remorse as they crassly continue to screen information as if they are above all law! Social media platforms have NO authority to use censorship to deliberately influence “We the People”! The deliberate censorship of reports of what was on Hunter Biden’s laptop; the reports COVID-19 may have leaked out of a Chinese lab; and the select cancelling of social media accounts reveal despicable arrogance ­­– a disdain for freedom of speech!

Yet, “We the People” (the sovereigns) are understandably torn. On the one hand, most of us demand protection of freedom of speech, but, on the other, we are repulsed by government over-regulation of business – including social media platforms. Our elected government is not qualified to regulate these corporations wisely and constitutionally. Many so-called “statesmen” spend two-thirds of their time campaigning and are determined to stay “out of the weeds” on tough issues like this. Also, most voters are users of Twitter, facebook, You Tube, Amazon, Google! To become a user, “We the people” must click “I Agree” dozens of times, yet in the end, do you know what we’ve agreed to? We are all part of the problem!

The remainder of this editorial is intended to call your attention to a question about a proposed solution appearing in a recent AMAC news report: “Could Bitcoin and Cryptocurrencies Hold the Key to Defeating Big Tech Censorship?” (https://amac.us/could-bitcoin-and-cryptocurrencies-hold-the-key-to-defeating-big-tech-censorship/) I am neither endorsing or promoting the concept, but it may be an irresistible solution whose political moment has come!

To understand, first review “Web 3.0”, or “Blockchain”; “computer science wizardry” designed to allow information to be stored and accessed on a completely decentralized basis – outside the control of any single entity”. It is being successfully used to avoid Federal Reserve system manipulation of Bitcoin and other cryptocurrencies. It may ultimately even destroy the Federal Reserve’s power to inflate currency! The idea is to use the same wizardry to prevent any social media giant control of social media “speech”! Some emerging startup companies are suggesting the potential of eliminating both government and private sector censorship of free speech online! This is an amazing claim! Bitcoin has become mainstream, but so far, blockchain-protected speech is theory. It jolts the imagination to ponder the potential. It might be good for potential stock options? Could this have anything to do with the rumors of a Trump social media platform? Such an enterprise could even be designed from the ground up to be free of the toxic and addictive algorithms allegedly promoted by traditional social media platforms! The concept is new, and it is big! Granted, this seems futuristic, idealistic, and impossible hype – just as Bitcoin did not long ago!

I suggest we keep our guard up! As we all know, anything that looks too good to be true, probably is. The “decentralization of media control” is not the same as ensuring the integrity of information – just as decentralization of monetary control policy does not automatically ensure a utopian economic system. The censorship we are observing is terrible; so bad in fact, we may be forced to take drastic action, but we do not want to jump out of the frying pan into the fire of anarchy either! At this point, neither a decentralized monetary system nor a decentralized social media system is time-tested. We need to move slow.

One of the fun things about being a legislator is that you are expected to use a gavel! A gavel is the cool hardwood hammer often associated with judges and courtroom proceedings. Anyone who has ever had the honor of being selected to preside over a meeting encounters the reality of enforcement of freedom of speech! The gavel is a symbol of trust in the person selected to preside. It is also a symbol of a “rule of law” over the meeting … a surprisingly complex set of rules in Robert’s Rules of Order or Mason’s. In politics, a person who is clever and knows these rules typically rises to the top and too often seems to quickly begin “legal bullying”, also known as censorship. A group member who does not know the rules is often intentionally marginalized by members who know, or pretend to know, the rules. While the rules are tedious, they are not hard to understand or apply if you remember their purpose –enforcing freedom of speech. Every member who has a “vote” on any decision made by a committee must be given a fair and equal chance to speak for or against whatever agenda item is “on the table”.

In my 10+ years working in the Alaska Legislature, I have seen some terrible Chairpersons. Too often the tendency is to become too comfortable using the authority entrusted by the gavel as a license to get his or her own way! Both the majority and the minority quickly lose touch with any sense of what the real majority opinion may be when real discussion and debate are not rightly protected.  On the other hand, too often, the minority uses the rules to try to allow any decisive action by filibustering with nonsense to cause gridlock and delay. It is difficult to judge a Chair’s motives, but some ultimately demonstrate his or her commitment to allowing everyone to speak fairly. Others, seem to be committed to shut out opposition, valid or not.

The first use of a gavel in a meeting is to call the meeting to order at a pre-determined start time. A Chairperson who meekly squeaks out his or her suggestion to start the meeting has no clue what the gavel is (or doesn’t have one) and is off to a very poor start. In a properly advertised meeting, with a proposed agenda, a chair who sharply smacks a selected spot on a hard, noisy surface is well on his way if everyone in the room is genuinely startled by the loud “crack” very near the start time. The higher the “startle factor”, the better. An ideal start might include a stifled smile from the chair and maybe a giggle or two from members who have been rudely pulled away from the typical chit-chat before getting down to business. A good start “rap” is a ceremonial consensus that the group is there to go to work to hear each other out and make group decisions/actions. That consensus is best maintained if the gavel only “speaks” loudly when maintaining the mission of the meeting. A good chair will supply a resounding “crack” when someone crassly interrupts or is caught degrading someone for holding an opposing perspective. Another good time to make the gavel “speak”is to mark the moment of every group decision to be recorded as “for the record” in the minutes. It is also good to use the gavel to mark begin/end times of “at ease” (set times for restroom or refreshment breaks) and of course the sharp rap to mark adjournment of the meeting.

Again, actual meeting rules are complex and do not describe specifically how a gavel is to be used, but they are there to establish the underlying authority of the Chair based on enforcement of Freedom of Speech in the context of the consensus needed for any “official” group decisions/actions. In America we tend to think of the gavel as a symbol of justice because it is used by our judges in similar ways – ultimately to highlight official sentencing and judging after carefully protecting appropriate time for the prosecution, defense, jury, and judge to speak and act.

One of my favorite memories demonstrating the power of the gavel and breaking all the official rules was in response to an unruly testifier offering a lengthy verbal diatribe directed at a previous speaker. A legislator stood up without being called on and said, “Madam Chair, if you don’t use that gavel to stop this abuse, I will come and get it from you and use it myself just before you have me hauled out.” It was a very effective demonstration of the authority typically attributed to the gavel, without even using one! This event cemented my own appreciation for the responsibility of a chairperson as symbolized by those little hardwood mallets, gavels. When you get called on to chair a meeting, start with a long look in the mirror to make peace with whatever motives you see behind the eyes looking back at you. Then, resolve to listen carefully to everyone and to do what you can to enforce equal opportunity for every legitimate speaker – even if the allocatable time is merely minutes per speaker… and even if the vote is against what you believe. Your job is to bring the group to a vetted decision more than to make sure the majority always wins. You will not likely be able to do this if you do not appreciate the depths and value of the significance of Freedom of Speech.

The first half of this post was also submitted as an article to The People’s Paper.