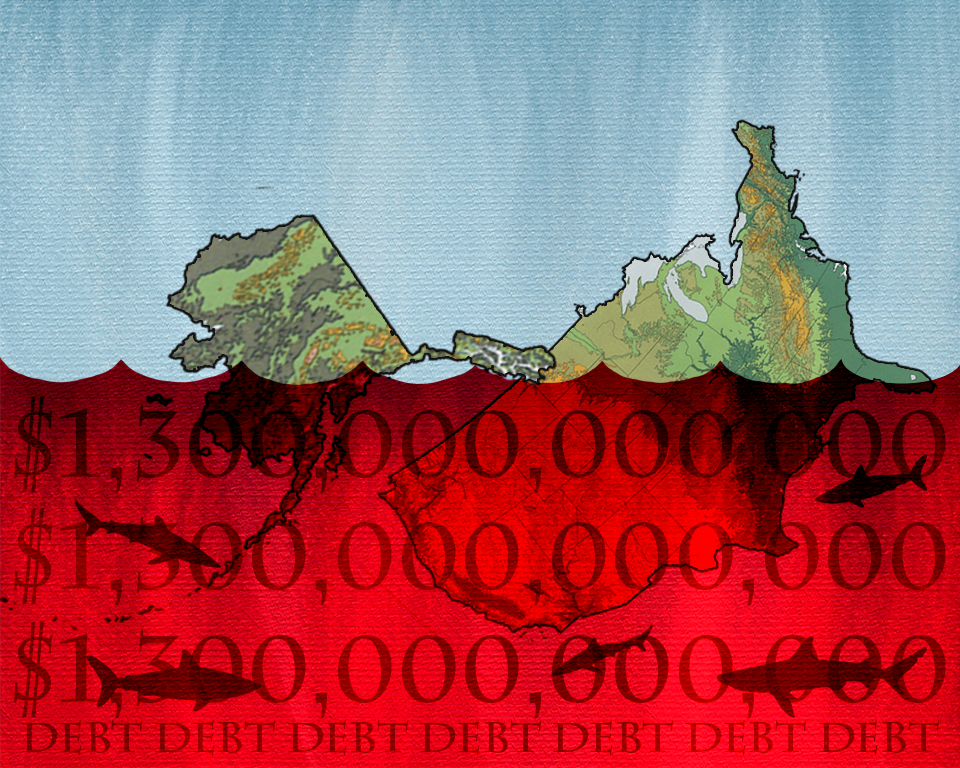 There are various reasons Alaskans don’t bother to vote, one is the frustrating evidence it doesn’t seem to matter! Not voting puts us in a weak and passive position when dealing with the Governor’s power in Juneau! Ultimately, regardless of who we send to Juneau, they’re neutralized by the underestimated power of the Alaskan “swamp” needing to be drained. Consider the fate of countless capitol move initiatives as a case in point. In effect, a small group of Alaskans control who is on the ballot – and ultimately, who controls Alaska. Who gets to be part of this small group? The few Alaskans who make the effort to vote… This is a pitifully low percentage of registered, eligible-to-vote residents, especially when there isn’t a presidential vote incentive; usually, less than half in primary elections such as the one coming up on August 21.

Even worse than the slothful apathy of the majority of Alaskan voters, are the schemers who play games with political party affiliation. The various “swapping of labels”, party switching from Democrat or Republican to Independent, obscures standards for all future candidates and enables media creation of candidates seeming to be wonderful. They are often temporarilyperceived to represent the values needed to satisfy some passing public frenzy – rather than the long term, tested and confirmed values upheld by political party platforms! The charm of being “independent”, or “non-partisan” is lost when we want to hold our public servants to a non-existent standard!

Tragically, the more apathetic Alaskans become, the more the insiders of “the swamp” are empowered to keep their “reserved” place at the public trough! Because Alaskans ratified a constitution authorizing 80% of our natural resource wealth to go directly into the “trough” no further authorization (Tax laws) is needed, as in other states. We also authorized an obscenely powerful executive/judicial cabal to effectively control the budget process. The combination of a pre-approved revenue stream and an artificially powerful administrative government is leading us to disaster. Alaskans’ ample natural resources fund a generous revenue stream, which is being sucked up by spenders we cannot seem to control. Now, this government machine is tapping into the remaining 20% of our wealth, the portion that is supposed to be restricted from going directly into the “trough”! The current suggestions for newly authorized taxes are ludicrous until we break the expected entitlements. We have already pre-paid our taxes by signing over 80% of our interest in a fortune of natural resource wealth. What we need is proper management of this wealth.

“We the people” have the authority to fixthis issue, if we understand it andare able to not be greedy about getting our share of benefits from government spending. A starting point to take this stand is to vote shrewdly in the upcoming primary election on August 22. Please take a few hours to look beyond the “sales hype” on each candidate and do what it takes to examine their values – both incumbents and newbies. And VOTE!!! If you’re not going to be in town – vote early, polls are already open! Or use an absentee ballot. If the majority of voters continue to refuse to pay attention, we are destined join many other states going deeper and deeper into debt by pretending to balance a budget while actually overspending. (These States now collectively owe a staggering total of $1.3 Trillion on top of the national debt)!

As an aside, here are some ways governments cheat on their budget:

I wish I could declare Alaska innocent, but this would be a lie! In fact, Alaska has now devised a new way to cheat, and it is uniquely ours – other states don’t even have the option:

If we continue to allow this cheating, we are actually authorizing seizure of our own (We they people’s) common assets as even more pre-tax revenue to fill the “trough”. Do not expect the courts to bail us out in the name of justice. They SHOULD, but as an agency fed from the trough, they won’t! The ONLY option is your engagement in the voting booth.