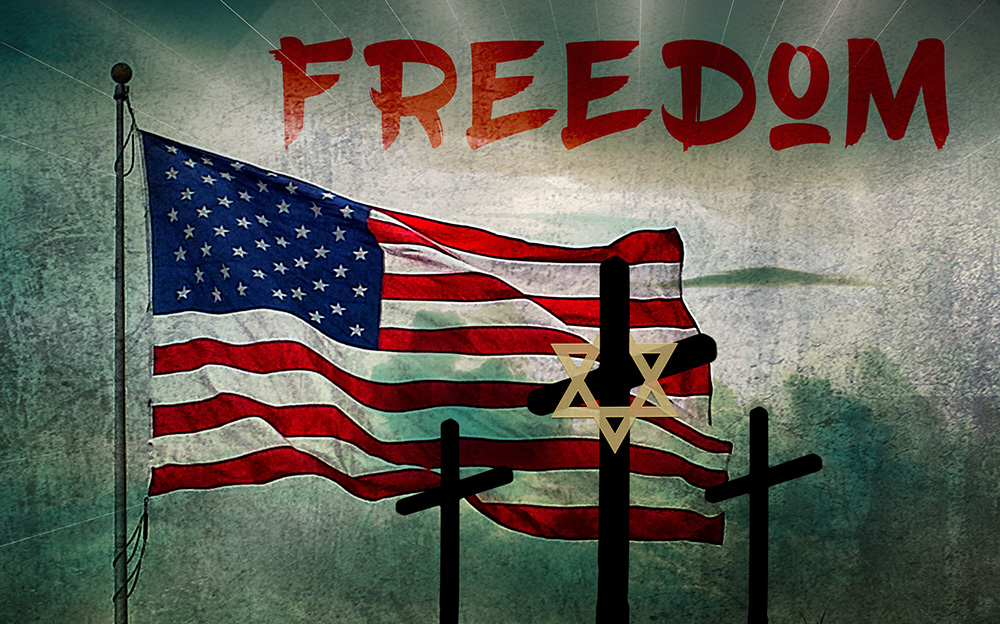 John MacArthur is one of the finest Christian scholar/pastors of our time. He is a respected author and radio teacher. He was recently interviewed by Ben Shapiro, a political pundit, also respected and well-known. Shapiro, an orthodox Jew, explores the rationale behind Christians and Jews involvement in politics. Both MacArthur and Shapiro acknowledge the Old Testament as God’s revelation to mankind, but Shapiro, as a Jew, does not acknowledge the validity of the New Testament. It is a captivating interview. MacArthur includes a succinct explanation of Christianity’s core elements, to include the centrality of Jesus Christ and the authority of Scripture. They mutually agree modern politics actively deals with real moral issues of concern to both Christians and Jews.

However, I believe MacArthur seems to distance himself, and by implication Christianity, from too much political civic responsibility by prioritizing the church’s primary goal over any particular involvement in political issues. His separation of submission to the US Constitution and submission to Divine authority seems an oversimplification to me. He uses scriptures like Romans 13, 1 Peter 2, and Acts 4, in ways implying Christianity and Judaism should not be too aggressively involved in changing (maintaining?) original constitutional values. He believes a revolution (including the American Revolution) is not a Christian action (minute 3:25). He also commented on the danger of the church chasing issues and politics to the point we forget what the church is to be about. But isn’t this true in any element of Christian community? While these points are defensible, I cannot resist from suggesting there are some qualifications. I would argue it is the church’s responsibility to continue what our founding fathers gave so much to start.

Bible authors were not addressing an authority structure where every citizen holds a portion of the national sovereignty, no distinction was made between America and all previous government authority structures. “We the People” describes the sovereign authority established by God, which is very different than royalty – the distinction America built to honor. Biblical principles of course apply, but application is certainly not simple when we all hold a portion of the responsibility for the veracity of our laws. MacArthur also states the founders “were not Christians, but Deists” (minute 8:19)!

In spite of the fact that I respect and appreciate John MacArthur and have no doubt he is God’s servant, I admit to some frustration and perhaps defensiveness regarding our level of civic duty. I am painfully aware of my own inadequacy, so I rather tentatively write this review. To explain, I am a Christian very similar to MacArthur, and just as he stated he was called to preach, I am confident I was led by the same authority (Jesus Christ) to be a politician (minute 2:18). I believe his definition of politics to be simplistic and insufficient (minute 2:30). I had to process the same Scriptures he uses from the context of having sworn to defend and uphold the constitution (“…so help me God”). I was elected by my constituents to not be passive or submissive on governing decisions consistent with my conscience and those I represented. Many times, I had to deal with having non-negotiable views on issues where I was clearly in the minority. By definition in America, passive submission is not a viable option! I also swore the same to serve in the US Air Force. In both roles, any authority I had was because I was “under” a higher human authority who was presumed to be under God’s authority. Both of these roles are compatible with Christianity under the authority of Jesus Christ. In America, “We the People” are sovereigns of a nation that is “one nation under God”. Our motto is, “In God We Trust”.

In these roles I had to merge unspiritual activities with religious priorities. An excruciating daily calendar demanded utmost attention for the majority of each working day … day after day. I presume there are many Christians who, while perhaps not swearing an oath, are led to use their talents and initiatives to govern or impact government (political or not): Attorneys, reporters, radio talk show hosts, lobbyists, soldiers, policemen, social workers, school teachers, soldiers, policemen … I propose the perspective of these Christians who are part of human government had better not be overly passive! I admit to wondering if MacArthur (and too many others) have forgotten the utter uniqueness of America … “we the people” individually hold a portion of the total sovereign responsibility. I respectfully disagree with MacArthur and believe this responsibility must be inevitably fulfilled in the context of “politics”.

I react to MacArthur’s distinction, “founders were not Christians, but Deists” … This statement must be qualified or challenged. “Deist” is a historic label I believe many founders would energetically reject. By definition, the 1828 Webster’s dictionary defines a deist as one who “den[ies] revealed religion”. Considering the percentage of founders who were not only religious, but clergymen, the label doesn’t make sense. Old documents (letters and notes) and our Country’s founding documents confirm freedom of religious faith as essential to the success of the nation. “Deist” may be a useful historic term, but it does not exclude Christianity of our founders. Consider the Declaration of Independence; terms like “Nature’s Law” (Romans 2:15), “Nature’s God”, “Creator”, “Supreme Judge”, and “Divine Providence”. These terms are neither secular nor narrow (sectarian). Questions still stand after the interview: Do churches/synagogues have any governing responsibility requiring their people’s political engagement? … or, are we withdrawing? MacArthur certainly did not imply Christian engagement is wrong… he in fact says he cares a lot about the moral issues politics deals with, but he chooses not to endorse or encourage Christians directly engaged in politics. Scriptural tenets apply, but we have to deal with the unique, shared responsibility we share for governing our Nation! Our constitution gives authority to our laws (the rule of law) … and leaves maintenance of our law’s alignment with God’s laws in a complex system of checks and balances to establish the will of “we the people”. Ironically perhaps, while not a Revolution, resisting Christian engagement is certainly not submission to our government’s founding values.

Lastly, part of this discussion has latent conflicts of interests that must be humbly acknowledged! None of us ever does anything with singular motivation! In general, churches/synagogues and religious organizations rightfully promote God and His Word as first priority. In so doing they end up competing with government for the time and resources of members (citizens). Political engagement is “expensive” for organized religious groups! On the other hand, taxes paid to government often pay for things that were once primarily religious expenses (education, food, welfare, housing, health care…). This leads to always needing to evaluate each person’s potential conflict of interest.

A core tendency of all men is to selfishly seek power to control what we can. Evil is restrained by our inherent sense of right and wrong (conscience) based on a sense of “natural law” (Romans 2). It is also restrain-able by human institutions (governments). Christians choose to act on Jesus’ fascinating declaration that ALL authority (earth and heaven) is His (Matt 28). This is called the “Gospel” (good news) of the Kingdom in the Bible. At some level Christians are forced to trust in what our founders called “Divine providence”, even if we cannot discern Divine control of our human government. We are forced to have hope for future developments in a kingdom where the King has been revealed but the realm is in development. I believe personal engagement in shared governing is part of this development.