You are here: Home / Blog / Partisanship 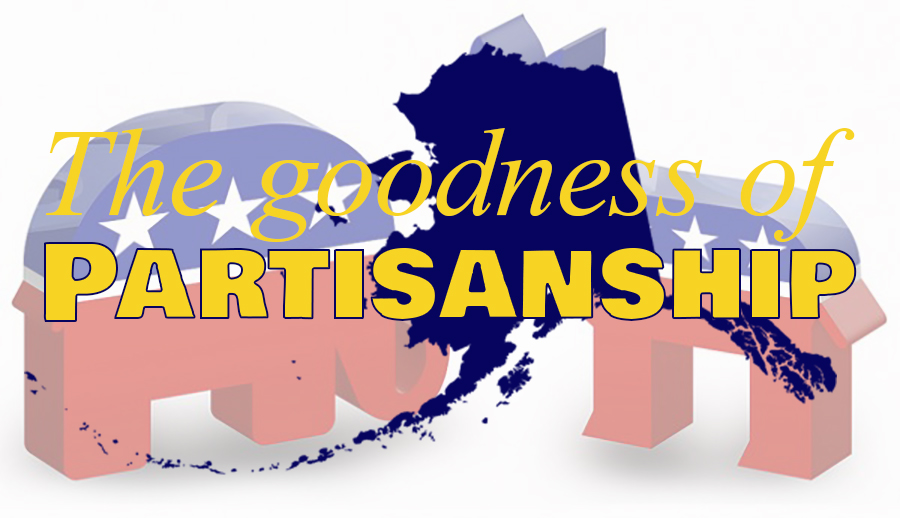 Contrary to popular opinion, Partisanship is a good thing! It provides an initial ‘division’ of political candidates and issues. Lack of political parties would indicate tyranny… or a society that has become too fat and lazy to care who is in charge! Partisanship is a normal element of any modern, civilized society with genuine freedom of speech, and commitment to human equality and dignity. Partisanship is also evidence of a government responsive to the will of the governed.

Whining tirades and pious boasts about partisanship are often naïve at best… slick posturing at the worst! A political party is first and foremost a representation of a set of values (a “platform”) that defines candidates and issues. If “We the People” get sloppy about engaging in the partisan process to clarify these values (“platform planks”), the party inevitably becomes stale and ultimately another party will replace it!

Within the last five years several variations of “bi-partisan” coalitions have controlled both the Senate and the House leadership. Bi-partisanship coalitions initially look attractive, but ultimately, they mock constitutional values by pretending everybody is right and noble, and there is no need for disagreement. They hollowly flatter the elite membership, pretending to respect each other – while secretly fighting each other. In effect, bi-partisan coalitions formed to monopolize leadership obscure the debates and reality of right or wrong for any given point of disagreement. Everybody cannot be right! Evil (greed, power lust, pride…) exists and grows in the dark. Evil is often deceitfully hidden until robust, transparent debate brings it to light. It is troubling to remember some leaders hold values consistent with moral absolutes, truth, and veracity, and some do not! Because legislators are human, public transparency is needed to ensure integrity. Such is the nature of the man and government we inherited at birth.

Our constitutional republic is created and tolerated by the explicit consent of the governed. The “governed” holds 100% of the ‘jury’ responsibilities to keep legislators true. The responsibility to elect our leaders was delegated by the founders to ensure protection of inherent rights, by limiting government power and enhancing individual freedom in good laws. This philosophy of government only makes sense to those who concur with the founder’s premise that “Religion and morality are the essential pillars of civil society”, (George Washington). The moral fiber of the people (the “governed”) ultimately determines the integrity of government. The founders bet everything on the ultimate integrity of the consensus of the governed and created the best system to prevent a ruling elite. True consensus can only be derived as a product of robust debate between political parties!

As a past legislator, I learned my responsibility was to transparently campaign and make voting decisions based on my own moral perspectives – not on my “best guess” perception of what my constituents may prefer. It was the responsibility of “the governed” to decide whether my actions and decisions fairly represented their own moral perspective. I was defeated in the last primary, which means either: I was not an acceptable representative or my constituents failed to understand me. Whatever the reason/s, this is essentially the same system put in place so long ago. It is a good system, and it includes, like it or not, partisan bickering. The pretenses of radical bi-partisanship coalitions are not American, rational, or productive! The recent ineffective bi-partisan coalitions were empowered by re-elections of Alaskan legislators falsely claiming Republican values when they actually openly oppose them (Republican in Name Only, aka RINOs). This could happen in any majority party by a candidate falsely claiming Democrat, Green, or Independent values, in order to have more “control”. The current status of our State Legislature is an indicator of too little partisanship — not too much! Unabashed partisanship, complete with robust, transparent, and fair debate, is indeed the ideal process to produce true bi-partisan results.  By necessity, the process leaves winners and losers in its wake.

The apparent aversion to partisanship is similar and related to our misguided aversion to religious perspective in government. This is an interesting cultural twist considering our Declaration of Independence is essentially a prayer! The last paragraph is an appeal to God (the “Supreme Judge”) and includes a statement of complete faith in His Sovereignty (“Divine Providence”). The signers clearly called out to God as they took the daring risk of endorsing this wonderful document. How ridiculous can we be to pretend freedom of religion is really “freedom from religion”? It is completely legitimate for partisan platforms to be influenced by the religious beliefs of the majority of the party membership (the governed). We need partisanship and freedom of speech to help us distill truth and veracity from the marketplace of ideas.