You are here: Home / Blog / Justice

Is justice a right? The rights listed in the Declaration (life, liberty, property ownership…) are worthless without the virtue of justice! If we have any rights at all, justice is priceless! When our rights are violated, justice is the only cure! If justice is so fundamentally valuable, consider why the constitution does not simply guarantee it? Why does the Declaration not read, “life, liberty, justice, and the pursuit of happiness”?

Government can only establish a system to access justice, it cannot generate justice itself because the real source of this virtue is not naturally found in a human or human institutions! The founders knew and accepted this, but now, modern thinking ignores and scorns the belief that we fall short on this virtue making it difficult to understand and accept that government cannot pretend to guarantee justice. The best we can do is try to define justice and hope to provide access for ourselves and for all the governed.

In the US and Alaska constitutions, the intent is to create and assign the task of ensuring equal justice under our law by creating a judicial branch. Our access to justice is limited only by our ability to agree on and apply a perfect standard for right and wrong (law). The Due Process Clause (5th and 14th amendments) ensures equal access to what justice can be had under our rule of law. The founders were well educated and knew well that human history reveals countless failed attempts by various governments to provide justice. Most vivid to them at the time was their inability to attain justice from a distant monarch. Consequently, America was developed as a demonstration of a sincere attempt to provide justice based on “common law” or “natural law”. The noble intent was to create a body of law reflecting the ultimate divine standard using elected representatives in a complex process – with checks and balances to mitigate human frailty.

We have inherent (natural) rights whether or not we know or believe it. These rights do not cease to exist if/when they are violated. We inherently (naturally) want justice even if we cannot humanly guarantee it in government. We most often assume there is a “good “common standard (basis of justice) partly to enable us to evaluate ourselves; are we “good” parents, husbands, wives, doctors, politicians, students …?

We naturally resist being subject to any external standard other than our own! Yet, ironically, we, want everybody else to be subject to our customized standard! We all have an opinion of what should or should not be done in any given situation! What would be the point of advocating for or against anything if we didn’t believe there is a right or a wrong way? Whether we like it or not, the common standard adopted for our constitutional understanding of justice is the Ten Commandments. The founders in the Declaration of Independence appeal to the “Supreme Judge of the World” because they understood He provides the standard (law) for all judgment. 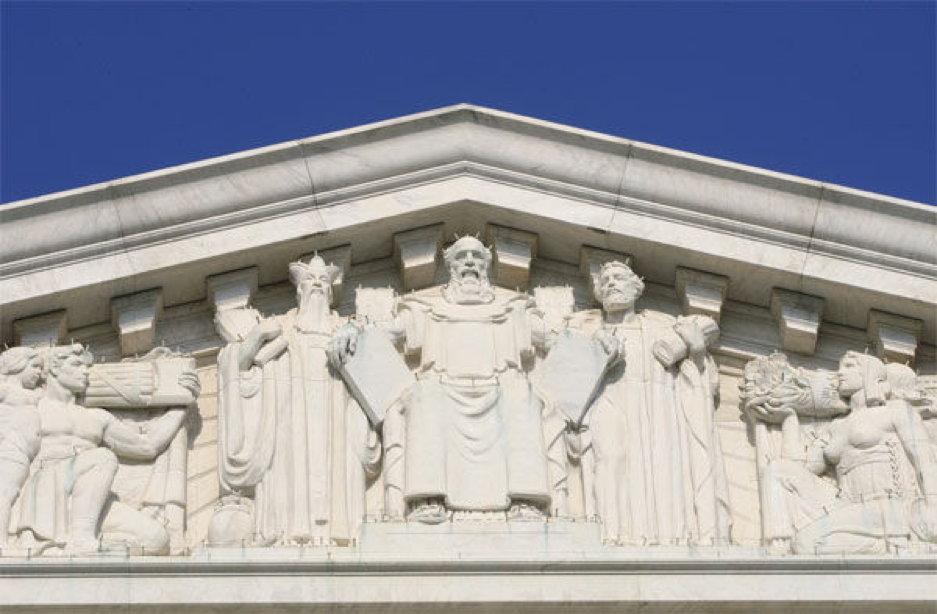 Consider the significance of Moses on the US Supreme Court building – it is to recognize the connection between the Ten Commandments and our judicial system.

Justice cannot be available in government if everyone is doing what is right in their own eyes (anarchy), yet corporately we cannot seem to tolerate the inherited Judeo-Christian standard. If former President Obama was correct when stating, “America is no longer a Christian nation” (2008), then we do not have a standard at all and face a potentially fatal justice problem!

Our Alaska Justice system is challenged. By the time you read this, the legislature will likely have voted to use a portion of the restricted earnings reserve for State programs rather than PFDs. I believe this act is a violation of constitutional property rights, (see WesKeller.com for more information). While this injustice may seem minor compared to others, it is very real and in our faces right now! Divine justice is ultimately pending on any issue, including the Permanent Fund Earnings. The best approach is to appeal to the “Supreme Judge of the World” in the same spirit as the founders and rely on “Divine Providence” as they did. “We the People”, starting with our legislature, need to thoughtfully reconsider some of the elements of our judicial branch:

Some elements of Alaska’s judicial branch are very ‘modern’ in that they are patterned after the “Missouri Plan” introduced in 1940 and subsequently adopted in other states including our own. They look good on the surface because they obscure the ugly politics necessary to ensure indispensable checks and balances on our judicial system. These checks and balances were meant to prevent Alaska’s judicial branch from creating their own exclusive and ‘modern’ standard of justice rather than reflecting the ‘orthodox’ standard referenced in the Declaration of Independence.