You are here: Home / Blog / Cheechako or Sourdough? 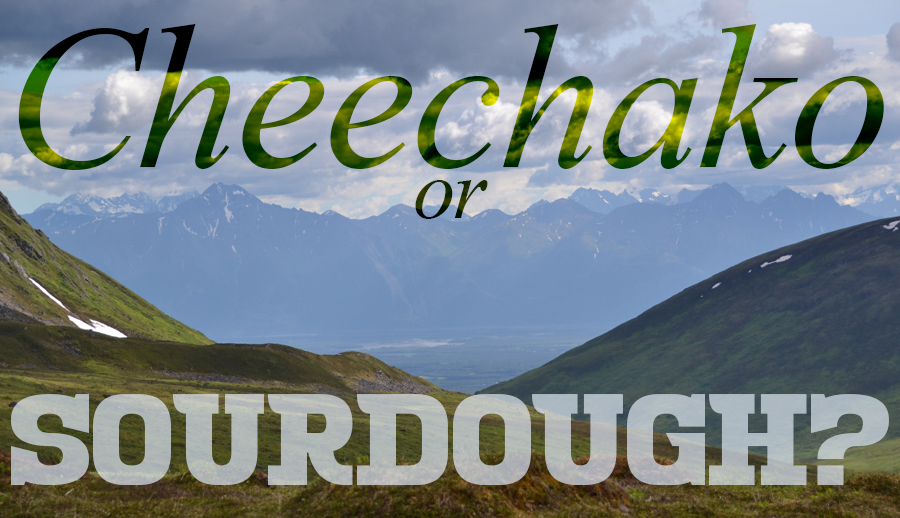 I take pride in declaring myself as an Alaska Sourdough (old-timer). I was not born here, but I got here as quick as I could. The entirety of Alaska State government history has happened in my lifetime: from statehood to the humiliating situation we are in now! So far, I find it impossible to be comfortable with the apparently imminent transition from the pioneer spirit to embracing a “nanny government” that is somehow supposed to provide for all human needs (financial security, health care, housing, education, …). These are good things, so our founders allocated 80% of our natural resource wealth to allow state government to enhance them. I was fiercely proud our founders provided a mechanism to transfer commonly owned property (the other 20%) into personal private property (PFDs) so Alaskans could retain fundamental, constitutional, and unfettered right to protect and use their property.

Now, as an unelected Representative, it is a crushing blow to realize the Senate and House seem willing to vote to use money from the Permanent Fund Earnings Reserve for expanding budgetary programs – apparently endorsed by Alaskans who put them into office. Alaskans have been incredibly silent and passive as we have progressed steadily toward this year’s shocking (to me) budget vote that includes this radical departure from historical values.

Since our Governor began to call the Permanent Fund (including its earnings) a “sovereign wealth fund” there has been a deafening silence on the misuse of the terms! In years past, there were a few of us legislators who tried to shout in alarm; however, we were minimized by political insiders who were (and are continue to be) direct beneficiaries of state spending. The surprising thing to me is how the legislature seems to be following down the same road. Alaskans seem to naïvely prefer state government spending over their own protected right to spend or save! There seems to be a growing consensus that “maximum benefit” (constitutional terminology) is presumed to come from ‘wise’ government spending rather than individual personal property spending.

If the majority of Alaskans are comfortable with an administrative state government bent on spending more and more public property in lieu of transparently taken tax revenue, then it is very appropriate I was unelected.

In Alaska, “Sovereign Wealth” is NOT equal to “Alaska State Government” Wealth! It would only be equal if Alaska State Government were the “sovereign” instead of the Alaskan people. Alaska State Government, with its three branches, is the product of the sovereign, not the sovereign itself as revealed in the Constitution. This is a very important distinction when discussing the Permanent Fund (including its earnings, the PF) because it is specifically withheld from State Government spending access – unless there is clear subsequent approval from the People. Some believe (myself included) it would require the use of the Constitutional amendment process and require a statewide vote to consider it “State Government Wealth”; others (legislators who vote for the proposed budget) evidently believe mere legislative action is sufficient to take the earnings. The later makes the historical purpose for constitutional Permanent Fund restriction utterly meaningless!

Alaskan ambivalence may partly be because we do not comprehend the huge numbers we are talking about! Alaska State Government ‘insiders’ (especially those in the executive branch) are accustomed to working with millions and billions because those numbers are needed to manage our extravagant budget, which has been balanced using the 80% of unrestricted natural resource wealth.

Another factor of this ambivalence is the (intentional?) lack of promotion of PFD potential! The current administration does not even simply report the amount in the earnings reserve available for PFD distribution! I doubt anybody would argue there is less than 10 billion dollars currently available without touching the corpus of the PF!

This is a very big number resulting from Alaska statutes defining how the PF is fed and increased. If just the PF earnings reserve were made entirely available to AK State Government (as opposed to PFDs), it would easily be enough to continue current spending for 3-5 years without touching the regular income stream! If, on the other hand, the earnings were distributed as dividends, everybody could easily receive a 2017 PFD of at least $15,000 and still leave the Permanent Fund intact for continuing investment and future PFDs! 10 billion dollars is a staggering amount of wealth!

In spite of the fact all past legislatures have honored the government spending restriction, this one seems bent on breaking the mold. This is an issue you must take up with your legislator.