I am honored to have received this Champion of Children Award from the FGA, for the Alaska’s Safe Families legislation (HB201/SB180).

You can see the recommendation letter in full below. 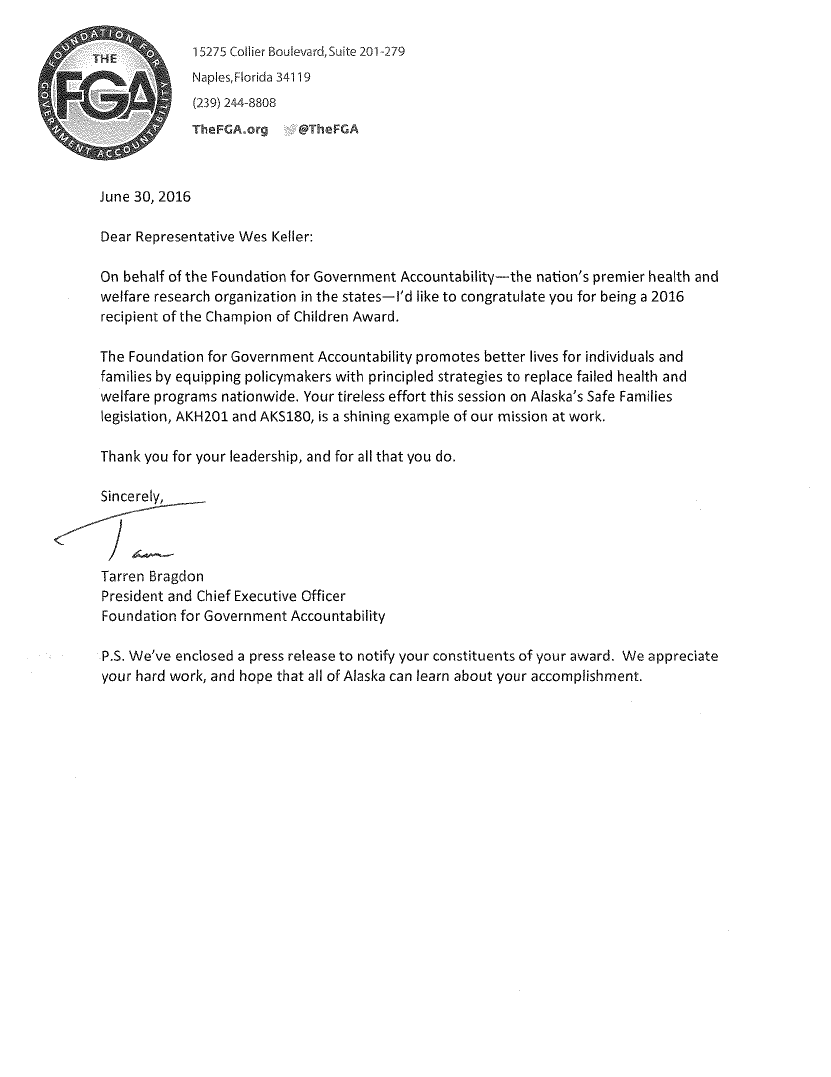 … are all code phrases for taking Permanent Fund investment returns and placing them directly into the general fund just like the other 75% (the ‘tax on common property’). 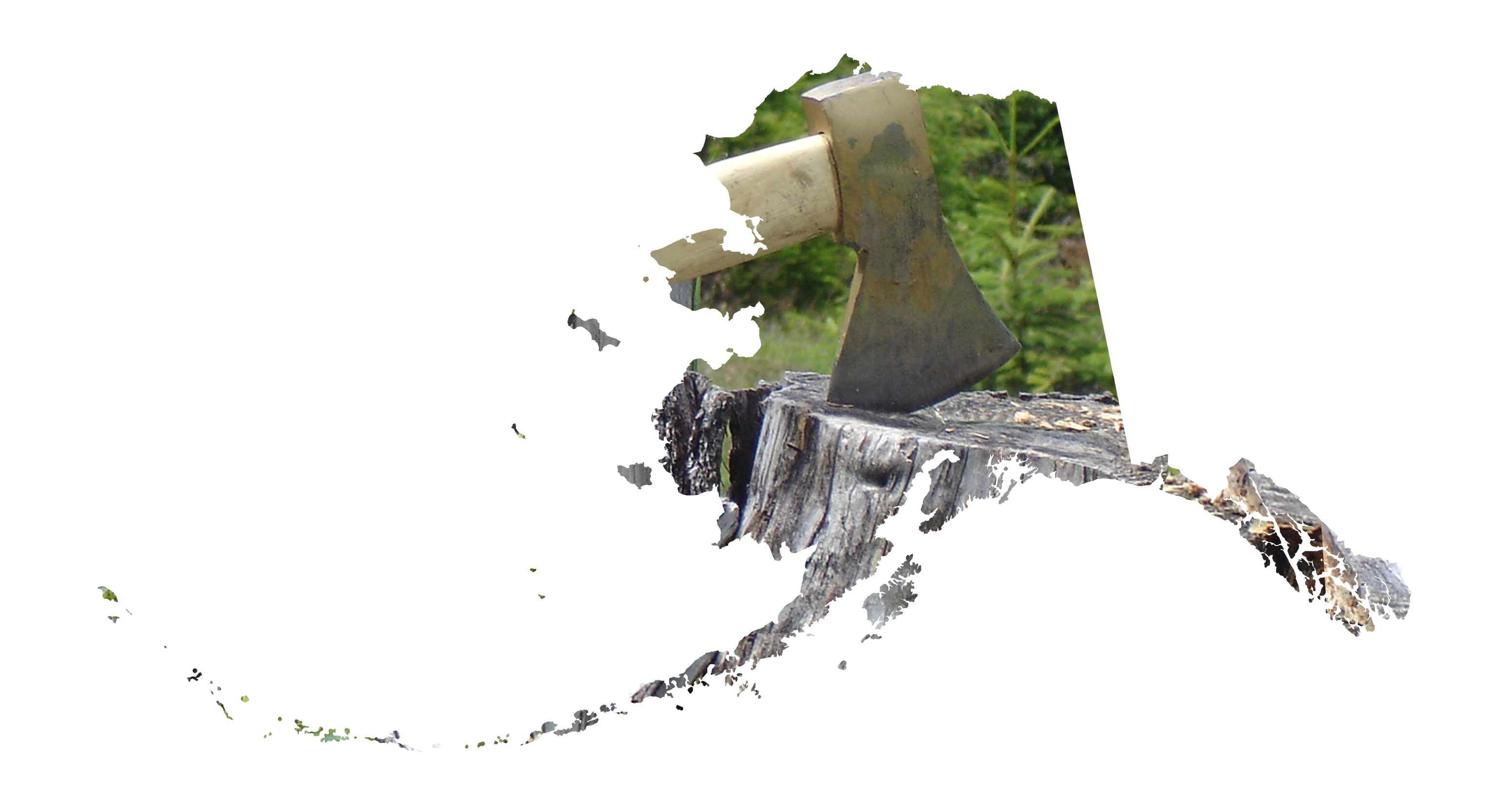 The coveted Earning Reserves Account (ER) has been allowed to ‘fatten’ to about 9 billion dollars; this could have been, or could become, bigger PFDs!
Simply ‘taking’ this money before it is personal property is not an option without a vote of the people who own it.

It is not the right time to add ANY tax burden to Alaskans, but especially ‘taxes’ not clearly specified in the constitution or state law. It IS the right time to make the cuts necessary to balance the budget while we have some transition money available in the other savings. The veto power would be helpful— but only vetoes of spending— not an obscure re-assignment of savings!

While the crisis is difficult to accept, it is very easy to understand.

It is a ‘zero sum game’ quickly boiling down to reality. We cannot spend what we do not have. One result of your time in office seems to be that more and more Alaskans are becoming aware that the fiscal crisis is real and must be dealt with.

There really are only two possible solutions:

Alaska State government spends far more per capita than any other state.

Spending advocates have again prevailed in our most recent budget process, now the Governor has the opportunity to use his veto power to eliminate wasteful spending. Article 2.15 of our constitution is very clear – the Governor can simply veto to balance the budget, unless the legislature musters super majority to override… something highly unlikely when many have worked very hard for cuts.

A veto of the appropriation for permanent fund dividends, however, is a terrible idea!

This particular veto would not reduce the budget deficit because the vetoed funds would simply stay in the Earning Reserves account (the source for PFD checks) until the legislature re-appropriates. Veto power does not extend legislative power to the Governor to ‘restructure’ the permanent fund… that belongs exclusively to the legislature. Besides, even if the entire PFD appropriation were vetoed, Alaska’s spending per capita would still be the highest in the nation. Alaskans would be deprived of inherent personal property rights and we still have the world-class overspending problem.